Rape gang should do their time in Pakistan

By BHVISHYA PATEL FOR MAILONLINE

A grooming gang who raped a 14-year-old girl and ‘abused her systematically and repeatedly’ over a two-year period have been jailed.

The woman was raped by multiple men in the Keighley area of West Yorkshire over a period between 2008 and 2009, when she was aged between 14 and 16.

The CPS said two were sentenced last year and four more were jailed on Friday.

Two others are yet to be sentenced. 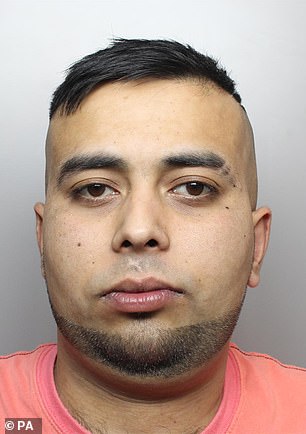 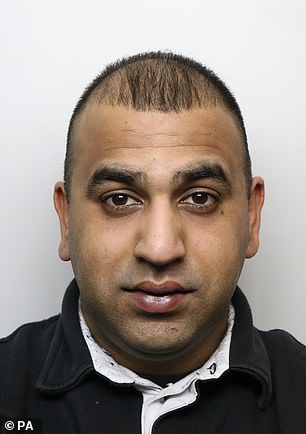 Nazir Khan (left), 30, of Keighley, was sentenced to 12 years and given an extended eight-year licence period while Kamran Hussain (right), 29, of Keighley  was given five years in prison
Prosecutors said the girl was driven to parks, flats and isolated places where she was raped by the men.

In a statement issued through West Yorkshire Police on Friday, the woman said: ‘The driving force for me to keep going through all of this was so that it prevents it from happening to other people, and also it might help other people come forward.’

Ed Hulbert, from the CPS, said: ‘These eight men cynically manipulated and ruthlessly exploited a young and vulnerable girl.

‘They plied her with drugs and alcohol and abused her systematically and repeatedly. They raped her when she was alone and unprotected.

‘The victim has displayed immense courage and resilience in reporting these crimes and helping us to build a robust case to put before a jury. Our thoughts remain with her.’ 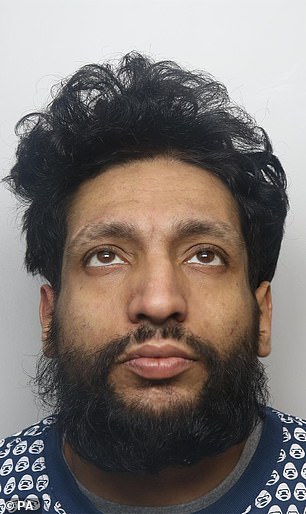 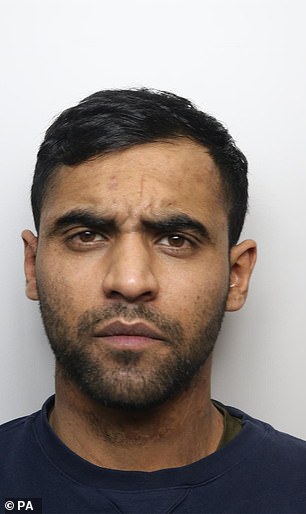 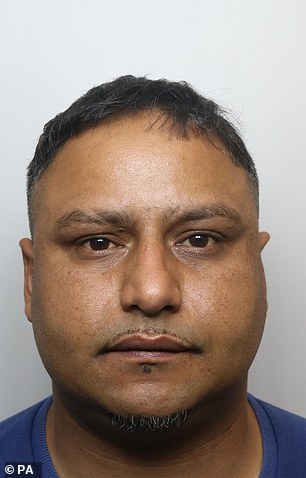 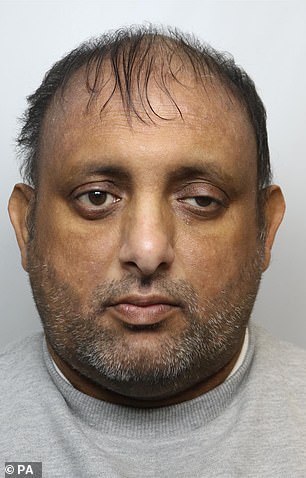 Barber Hussain (left), 36, of Bradford, was sentenced to 13 years in prison and Imran Sabir (right), 42, of Keighley was given a 12 year sentence

Detective Chief Inspector Alan Weekes said: ‘I would like to take this opportunity to praise the victim for coming forward and reporting these offences to the police, for her patience whilst the criminal investigation has been ongoing and her courage in giving evidence in court.

‘The abuse she endured robbed her of her childhood and I hope seeing all of these men sent to prison today for these horrendous offences she was subjected to will allow her to start to look forward to the future.’

The CPS said the six sentences so far were: