If you want an immigrant as your MP, vote UKIP – or Lib-Lab-Con, etc Suzanne Evans, the party’s communities spokesman, said UKIP wanted to give immigration “its positive image back” [And what positive image would that be? Immigration has never had a positive image in the minds of our people – only incessant Establishment propaganda promoting it and denigrating dissent.]

Well, it looks as if the illegal immigrant vote is in the bag for UKIP, then. 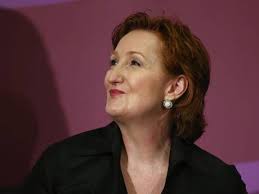 Steven Woolfe, the party’s economics [now immigration] spokesman, said he was proud to be ‘British’, mixed race and a member of UKIP and told a heckler who had infiltrated the rally he had been called a ‘nigger’ at school.

On 26 September, 2014, Woolfe gave one of the keynote speeches at the UKIP annual conference in Doncaster. He called for an “ethical migration policy” – one that gave “equal opportunity based on merit, so that an appropriately qualified Indian doctor can have the same right to apply to work in the UK, as an appropriately qualified ‘German’ doctor.” [Every foreigner of alien race is to have an equal opportunity, based on ‘merit’, to colonize Britain and will be preferred to the English when applying for jobs.]

In a speech on immigration earlier this month, Farage reverted to using the meaningless term ‘net migration’ and also contradicted his immigration spokesman by ruling out a cap on immigration.

UKIP still lack a manifesto and its leader is cynically exploiting our people’s justified concern about immigration, in the hope of giving a new lease of life to his ‘career’ as a leech on the body politic.

Let’s not kid ourselves, pro-immigration UKIP and its multiculti, europhile leader are poison and about as ‘nationalist’ as the United Nations.

Stripped of its pompous, half-baked verbiage, what Farage says clearly lacks substance and is designed to deceive. What was his occupation before becoming an MEP? Poor old Jonah is still trying to corner the market.

Farage is a creation of the Establishment media, a tin soldier and his party a paper tiger.

Frankly, the comedy pub landlord, Al ‘the Guv’ Murray and his FUKP, standing against Farage in South Thanet, has as much credibility as UKIP. Murray faces a real challenge in sending up UKIP. How does even a comedian of his ingenuity outUKIP UKIP?