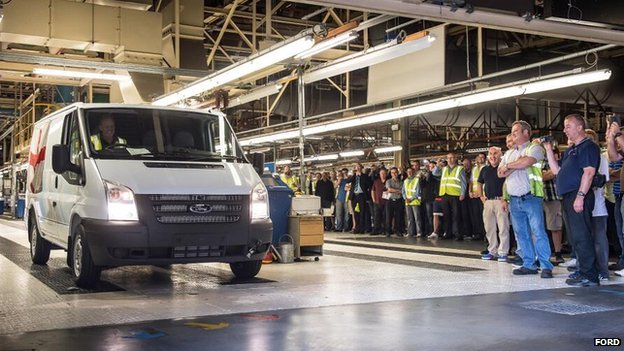 Ford’s 60-year association with Southampton came to an end this week as the final Transit van rolled off the production line at its Swaythling factory.

The decision to close Swaythling and its stamping and tooling base in Dagenham came in October, effectively marking the end of more than a century of Ford vehicle-manufacturing in the UK.

Transit van production will continue in Turkey, where Ford says costs are “significantly lower”, but the future for Swaythling and its workforce is less than clear.

While 134 of the 531 employees are being redeployed to a new vehicle-refurbishing plant at Swaythling and a further 41 will take positions elsewhere with Ford, the majority have taken voluntary redundancy. 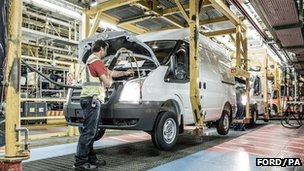 Ford Transit vans have been assembled at Swaythling since 1972

Steve Slominski, from Eastleigh, knows the challenges of life after Ford, having lost his job at Swaythling in 2009.

He said: “I spent six months looking for another job to begin with and couldn’t find anything that came close to replacing what I had with Ford.

“A job like that becomes your whole life. You spend years in the company of the same people in the same environment, so it’s hard to replicate once it’s gone.

“My advice to those leaving Swaythling this week is to be as positive as you can with your job search.”

In 1972, the 60-acre (24-hectare) Swaythling plant became the home of the Transit van, but before then, Ford parts were manufactured from 1953 and in World War II, Spitfires were built.

Business leaders and politicians are working behind the scenes to secure a future for the site as a manufacturing base.

However, a complex ownership structure could prove a barrier.

Ford is responsible for 40% of the land, Southampton City Council 20% with the remainder owned by a development company.

Its location is a desirable one. Next to Southampton Airport, it is a short distance from the M27 and M3, with nearby rail links and the international port across the city.

Among the suggested short-term uses is a container distribution depot to support the port.

“Any short-term use is likely to be viewed historically as a missed opportunity,” said Dr John Marti, from University of Southampton’s management school. 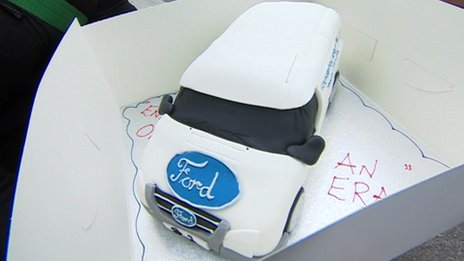 “Sites of this size don’t become available very often,” Dr Marti added, “so it makes sense to carefully consider how it can safeguard the area’s future prosperity.”

Dr Marti points to the West Midlands as an area to learn lessons from. When MG Rover collapsed in April 2005, the Longbridge car factory in Birmingham closed, leaving 6,000 employees out of work.

Many remained unemployed for a prolonged period and had to retrain, a prospect which could befall the workforces of Swaythling and Dagenham.

While some of the original Birmingham factory reopened, the area changed indefinitely as most of it was mothballed. Much of the Longbridge regeneration is still in the planning stage.

He said: “Longbridge had a single-site owner, who, when the credit crunch came along in the mid-2000s, was left hamstrung in its bid to drive regeneration.

“Also, the MG Rover workforce had no chance of receiving a redundancy package like Ford have provided, as their collapse happened so fast.

“There’s been time for staff in Southampton to prepare for this moment, look at their options and consider the future.

“However, that doesn’t reduce the anxiety or the uncertainty many who have worked there for much of their lives will be feeling.”

James Dallas, deputy editor of What Van?, does not expect a similar sized manufacturer to take on Swaythling. 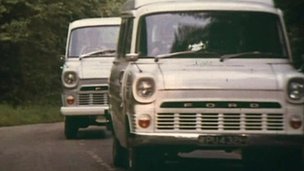 He said: “It’s sad, but essentially it’s a commercial decision by Ford due to falling Transit sales across Europe.

“There could be a bit of a fear factor for other manufacturers moving to Swaythling, who are probably thinking: ‘If Ford didn’t think they could make it there, what chance have we got?’

“I think it will prove an attractive prospect for a smaller, specialist manufacturer.”

And what about the future of the Transit van, once dubbed “the backbone of Britain” by advertisers?

“I think Transit’s still a strong brand, the new models are doing well in the market and are certainly setting a new benchmark,” added Mr Dallas.

“The idea every aspiring rock or pop band could once buy themselves one and travel the country making a name for themselves is what will always give it some romance.”